Valorant is the newest title from Riot Games & it just launched a few days back. The new first-person shooter is pretty impressive & has received a positive response from the gaming community. The game features Agents which are somewhat similar to Overwatch heroes.

The game also has some similarities with CS: GO, as players need to maintain the economy. With its launch, the game received a new agent called Reyna. A new map has also been introduced to the game & it is called Ascent. Valorant launch also brought the Ignition Battle Pass to the game, which features 50 Tiers. Similar to other games, it also features a free pass & premium pass. The free pass features fewer rewards whereas the premium battle pass features tiers rewards at each level. With the launch of the Valorant Ignition Battle Pass, it was also the start of Episode 1. Each Episode includes Acts, and for every Act, players get a new Battle Pass. It is further broken into 10 chapters & each chapter features five Premium tier rewards and a Free Chapter completion reward. A Chapter is called as completed when all five premium tiers when all 5 Premium Tiers have been unlocked with XP. After its completion, players will get the Free Chapter Completion Rewards. Players can progress
through all 10 Chapters without going Premium, however, they won’t unlock the 5 items within the Premium tiers. But you must be wondering when this Act 2 will start ? Well, Valorant Designer, David ‘Milkcow’ Cole has said in an official blog post that each Battle Pass will run for 2 months. As it was launched on June 2, so it is expected to end in August 2. So we can expect the start of ACT 1 after August 2. 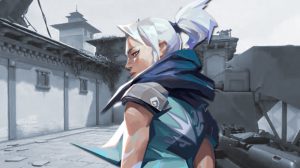 Well, this is just an assumption based on the launch of Ignition Battle Pass aka ACT 1. David has not provided any official date but we can expect devs to reveal it’s details when the ACT 1 will be nearing to its conclusion.