Pokemon Go trainers can rejoice as the Legendary duo Latias and Latios are arriving back to raid battles under the Special Raid Weekend event. Both of these have not been seen in the game since January. So, it is a great time to add them to your pool of Pokemon, if you haven’t caught one yet.

Both of these will arrive in the game on Friday, June 12, 2020, at 8 am & will stay live in the game until June 15, 2020, at 10 pm local time. Latias and Latios will be available as Tier 5 Raid Boss. As both of them are Dragon & Psychic-type Pokemon, they are weak against Dragon-type, Ice-type, Bug-type, Ghost-type, Dark-type, and Fairy-type attacks. 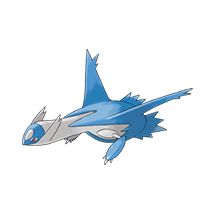 Trainers can add Rayquaza, Dialga, Tyranitar, Togekiss, and Mamoswine to their teams to counter both of these Pokemon. Apart from this, there is another good news for trainers as certain Alolan & Galarian forms are arriving to Pokemon Go. Well, something strange is happening to Eggs that you receive from gifts. When the Throwback Challenge event will end on June 8, 2020, at 1 pm local time, only the following list of Pokemon will hatch from 7 KM eggs.

Well, the arrival of Galarian Pokemon to Pokemon Go might be done to promote the launch of the Isle of Armor DLC for Pokemon Sword & Shield, which also features the inclusion of many new Galarian Pokemon.