In this new era that is the Corona Virus pandemic, more and more people are forced to stay home and consumption of media has generally increased over the quarantine period.

However, it is not all rainbows and unicorns in the world of Samsung TV users who heavily rely on Disney’s video on Demand streaming platform, Disney+. According to users, Disney Plus is not working on their Samsung TV sets.

According to reports, this issue primarily affects Samsung TV models from 2016. It is unclear for how long these users have been facing this problem but reports have it that it only started recently.

Disney+, through its Twitter Help handle, has come out to inform the affected users that this is a known issue and that it is being worked on in partnership with Samsung, the TV maker.

Sorry for the trouble! We’re aware of an issue impacting our app on 2016 Samsung devices. Our teams are working with the manufacturer on a fix, but in the meantime, you can stream on any of the additional supported devices here: https://displ.us/Device.

The Help handle, however, failed to provide any sort of timelines as to when affected users are likely to get help on this issue. Samsung TV Disney+ app not working could prove to be a bigger inconvenience for users, especially those stuck at home with kids.

We can only hope that the Samsung TV team and Disney+ quickly find a solution to this problem before the affected users resort to the competition, which is rather fierce with more and more players.

The problem has been fixed. Here’s what Disney+ help has to say:

thanks for your patience while we worked with the manufacturer on a fix! This issue is resolved and you can get back to streaming Disney+ on your device. 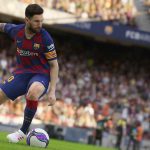 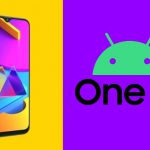