Android 10 update has been around for quite a while now, and still many of the devices from various OEMs are still waiting to get updated with the latest OS.

Vivo has been considerably late in pushing the Android 10 updates as compared to its Chinese counterparts. Fast forward to now, the update is currently live for the users of Vivo iQOO in China.

Talking about the features of the iQOO UI based on Android 10, you will get new icons, Always on Display, new wallpapers, dynamic effects, new animations for fingerprint and system, ambient light effects, a dedicated Game Mode to juice out powerful performance from the phone.

Along with this, the Vivo iQOO users will also be getting all the Android 10 core features with this latest update. The update is arriving with the version number PD1824_A_7.1.6 and weighs in a massive 3.89 GB in size.

Several other Vivo iQOO users have also confirmed the reception of this Android 10 update on their devices in China. This is the stable version of the update.

The Vivo iQOO was launched back in 2019 and is the flagship device from Vivo housing an SD 855 chipset coupled with 6-12 GB of RAM, a 4,000 mAh battery, triple camera setup, under-display fingerprint scanner, and more. The phone came with Android 9 Pie (Funtouch OS 9) out of the box and this stable Android 10 (iQOO UI) update, is the device’s second major OS update.

If you have not yet received the update on your phone, then we would advise you to manually check for it by heading over to Settings>>System Update and check for the updates.

And if there is a new update notification then, tap on it to install the update on your phone. Let us know in the comments below what are all the features that this new update brings in for the units if you are from the region it has been pushed for. 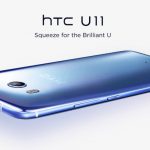 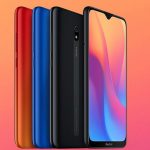