Freshly baked updates are available for the new set of devices. The list covers Realme Narzo 10, Xiaomi Mi MIX 2, Redmi 6 that are obtaining the May OTA. Redmi Note 9 Pro, Galaxy J7 Prime 2016 are picking the not so latest April OTA.

Realme Narzo 10 has been bumped to version RMX2040_11_A.17. The update offers better security along with optimized camera clarity. The size of this update is a massive 2.81GB. If you have not yet received this OTA, you may click here to download.

Xiaomi has issued the May OTA to Mi MIX 2S, in the form of version V11.0.5.0.QDGMIXM. You can simply click here to download the file. Here’s what the changelog reads:

Xiaomi has issued the Redmi 9 Pro both global and European with a new update. Let’s speak about what the update will carry.

The OTA arrives with the April security patch for Redmi Note 9 Pro [Global Stable], improving the security of the device. It brings version V11.0.2.0.QJZMIXM. Click here to download.

As for the European variant, the update comes with version V11.0.3.0.QJZEUXM. You may simply download it from here.

Another Xiaomi device that is securing the May OTA is Redmi 6 (Global). The version is upgraded from V11.0.3.0.PCGMIXM to V11.0.4.0.PCGMIXM. If OTA has not yet reached your device, click here to download.

While other Samsung devices are picking the latest June OTA, Samsung Galaxy J7 Prime, the 2016 device is picking the not so current April OTA. The update intends to bring bugfixes, added or enhanced features, and further improvements to the device. It bumps the version toG610FDXS1CTE1/G610FOLB1CRL1/G610FDDS1CTE2 and is 129.40MB in size.

Oppo K3 is securing the ColorOS 7-based update, which is bringing many optimizations with this update. It arrives with the fixes to some of the known issues, optimizations and also improves the stability of the device. Version for this update is CPH1955EX_11_C.06.

Oppo Reno2 Z is also getting the ColorOS 7-based update. The update not only improves system stability but it comes with the fix to an issue where the day would not be displayed when using the lunar calendar on the AOD. The version number is CPH1945EX_11_C.23.

This update arrives with the version PD1936D_A_7.7.0, and adds support for Vivo TSW NEO earbuds. The update also improves device performance. It weighs is at 177.72MB.

Vivo Nex 3 is also picking up an update, that not only improves the performance of the device but it also arrives with support for Vivo TSW NEO earbuds. It bumps with the version PD1950B_A_1.13.5. It is measured at 136.66MB. 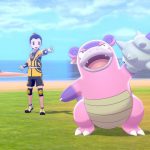 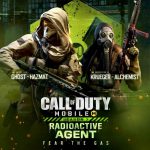