The OnePlus Launcher makes OxygenOS one of the best Android skins out there. The launcher is much more deeply integrated into the system as opposed to third-party launchers available in the Google Play Store.

As of this writing, OnePlus is sending out a new update to the launcher that tags along some interesting stuff. The major highlight is the support for OnePlus 5 and OnePlus 5T handsets.

The duo has been around since 2017. Following their recent update to OxygenOS 10 based on Android 10, they became the second pair from the company to pick up three major Android OS updates after OnePlus 3 and 3T.

To make them even better, OnePlus has now granted both handsets access to more in-house customizations courtesy of the OnePlus Launcher. You can grab the updated version here.

Besides support for OnePlus 5 and 5T, the incoming OnePlus Launcher update also adds navigation icons for recent apps and a quick search shortcut in the app drawer, among other bug fixes.

Below is a summary of the changes.

This isn’t a staged rollout now that the updated version can be downloaded from the Play Store right away, so be sure to check it out. 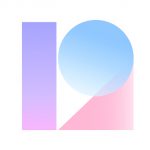 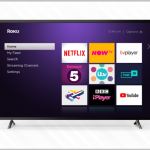