One of the early morning put offs today is that Google has postponed the highly-awaited Android 11 June 3rd launch event and beta release (no reason clearly stated though). If reports are to believe, it’s likely due to the protests in the US following the death of George Floyd earlier this week.

Here’s how the official Android Developer’s Twitter handle broke the sad news a few hours back:

We are excited to tell you more about Android 11, but now is not the time to celebrate. We are postponing the June 3rd event and beta release. We’ll be back with more on Android 11, soon.

Now we all will have to wait for the re-scheduled event (hope not for long). While Android 11 is the next big thing, its predecessor Android 10 is yet to make it to many devices from different OEMs. Take, for example, the Android 10-based LG UX 9.0 that’s still awaited on the LG V40 ThinQ devices.

As per the official roadmap, the OS update is scheduled to hit the devices in Q2 (which we’re already halfway through), but users are yet to hear the good news.

While the stable push from the OEM is still pending, what’s good is that at least a couple among the US carriers – T-Mobile and AT&T – already released the OS update for the V40 ThinQ devices this month. Those on the Verizon and Sprint network are still waiting though.

And looks like, the wait isn’t going to get over soon at least for Sprint LG V40 users as the carrier has pushed the May security patch for the device while users await the Android 10/LG UX 9.0.

It goes without saying that this new update will hit the units via OTA and those who have not yet received the update notification on their LG V40 ThinQ devices, should wait for it. As for the Android 10 update on the Sprint devices, well, we’re keeping a close watch on all developments and will let you know as and when the OS update goes live.

P.S. Android 11 will be coming hopefully sometime soon, and those of you curious whether your LG device is eligible for the upgrade, here’s some info regarding this. 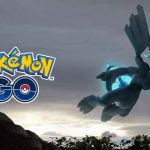