Original story (from May 20) follows:

For a minute Xiaomi Mi A3 owners on the European ROM felt forgotten by the company. At a time when the Mi A3 Android 10 update was doing rounds on the global ROM, the EU ROM remained on Pie for the most part.

This changed early this month following the release of firmware version 11.0.1.0 QFQEUXM, the first Android 10-based update for the variant.

Today, those on this variant have their first post-Android 10 update that bumps the security patch level to the latest available – May 2020.

Feedback from Redditors who have installed the new Mi A3 May security update suggests the fingerprint scanner has been optimized to unlock faster, various translation errors have been fixed, and the DPI has also been fixed (icons are smaller again).

The update is being rolled out in phases and in case you have not received it, you will get it shortly. We appreciate your continued support and patience meanwhile.
Source

The first batch will account for only 10% of all Mi A3 units running on the EU ROM. Thereafter, assuming nothing is wrong with the current firmware, the software will be made available for everyone.

Rather than wait, we have the download link needed to install the May patch on your Mi A3 manually right below, so feel free to grab it.

The latest status update on the matter conveys the patch has been released for 30% of the devices.

The update has been pushed to 50% of the devices.

The rollout has been completed.

The May security patch for the Mi A3 has been causing random reboot issues, developers aware of the bug. Head here for more details. 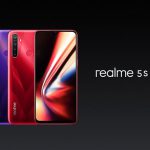 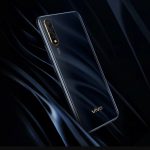