Pokemon Go growth has further expanded in 2020 with the release of GO Battle League. The second season of GBL is currently live & each day trainers from around the world are battling one another to claim the top spot on the leaderboard.

Niantic recently announced that the game servers for Pokemon Go will go down on June 1. The most striking feature of this downtime is that it is happening for the complete seven hours. The company has stated that the servers will go down for maintenance.

Will it bring some major changes to the game? Well, nothing has been confirmed from Niantic so far. Well, a lot of players have reported many bugs while playing the GBL oPokemapnline. So, many trainers are expecting that this downtime will resolve the ongoing GBL issues. Cut to now, Pokemon Go players are required to go out & complete the in-game tasks including interaction with Pokestops, Hatching an egg, & battle in gyms. But the completion of these activities becomes more challenging when you are not living in a city or in an urban area. 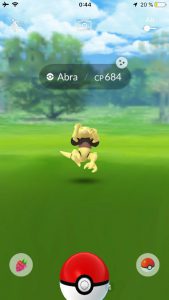 As in a city, players can find gym & Pokestops at an easily accessible location, but when you are located in the countryside or farmland area, it gets really difficult to locate Pokestops & gyms, because they are in a fewer number at those places.

So it becomes very hard for players to travel long distances to know which team has captured a certain gym or which Pokemon are placed by a team to defend the Gym. In that scenario, Pokemon Go Gym maps come in handy. Pokemon Go Gym maps use Pokemon Go API to retrieve information regarding gym locations, Gym boss raid level, and many other details. Now, let us have a look at the best Pokemon Go Gym & Raid maps which can be helpful for you. PogoMap – This website is quite useful to locate nearby Gyms, Pokestops & Raids. Players can also filter the raids based on level. Pogomap also allows players to mark Gyms as EX Raid. Players can also report daily tasks & rewards at Pokestops. Pokemap – Players can use this website to find Pokemon along with Pokestops & Gym. So, if you want to catch a certain Pokemon & don’t know where to find one, you can look at this website for it.

Pokelytics – This website also does the same job & provides information related to nearby gyms & Pokestops. You can have a look at its interface in the screenshot down below. 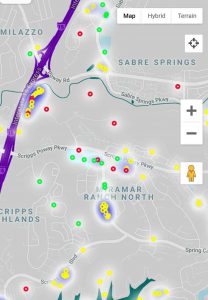