Making to today’s list of smartphones getting monthly security updates are Nokia 2.3, Moto One Vision, and Samsung Galaxy S10 5G, for OEMs have released the latest May patches for the devices.

Xiaomi Mi 10 and Mi 10 Pro, Redmi Note 9, Redmi Go are the devices that are receiving new updates with enhanced features. On the other hand, Google Pixel Buds are picking up new firmware. Lastly, Motorola Moto x4 (Amazon Edition) is getting the not so latest March OTA. Let’s get a detailed look:

Xiaomi Mi 10 devices in India are now picking up the latest update with the camera optimization. The basic image processing quality have been improved with this update. Here is what the changelog reads:

Xiaomi Mi 10 Pro (China) is also picking up the latest update with the version V11.0.18.0.QJACNXM which is up from V11.0.17.0.QJACNXM. The update brings along the updated system security with reduced system lag. The update is measured at 360MB.

The changelog reads as follows:

Xiaomi Redmi Note 9 (Global ROM) is now receiving the recent update with the version number V11.0.2.0.QJOMIXM. The update is pushed in order to improve system stability. It will also help in reducing the system lag. If you have still not received this OTA, click here to download.

**NOTE:** Redmi Note 9 recently got May security update in Europe. Although not mentioned, it’s likely that the global and Indonesia ROMs above also bundle May patches.

Redmi Go users in various parts of the globe are also picking up the latest update. Let’s take one by one detailed look. The update comes with improved reliability of the system and reduced system lag across all variants.

The Russian version of Redmi Go now picks up the revised version V10.2.14.0.OCLRUXM. The OTA is 121 MB in size. To download please click here.

It seems that HMD skipped the April OTA because Nokia 2.3 users are getting the May security patch instead of April OTA. As this is a security patch improved system security is expected from this update. The package size is 31.74 MB.

Next up is Pixel Buds receiving the firmware update. The update is expected to bring bugfixes along with optimization and stability. It is updated to 295 firmware from 225.

While other devices are picking up the latest OTA version, Moto Z4 users are getting not so latest March OTA. This OTA offers bug fixes also improves the performance of your device. It arrives with the build number QPF30.130-15-11.

Last but not the least, Moto One Vision has been issued the latest May OTA. This update brings the latest security patches with bugfixes.

The most recent updates have been received by the above-listed devices. Stay tuned for more updates. 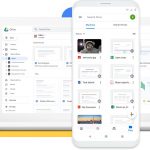 [May 27: Sign in issue fixed] AOL Mail down: Some users facing problem with AOL mail today, fix being worked on