HMD Global has started rolling out a new software update to the Nokia 2.1 smartphone with the latest May 2020 security patch level.

The incoming update is still based on Android 9 Pie, the OS that arrived on the device as the first major upgrade back in 2019. In the Nokia 2.1 Android 10 update, device owners will be receiving their second and final OS upgrade.

For a device of the Nokia 2.1’s caliber, its great to see HMD promising at least two OS upgrades. However, the wait for the second OS to arrive is still on, at least until the end of Q2 2020.

As per the revised Nokia Android 10 roadmap, the Nokia 2.1 Android 10 update is expected in Q2. As of this writing, we only have a little over a month before Q3 begins, meaning the OS isn’t too far away.

The airborne update may take some time before all Nokia 2.1 units receive the incoming May patch. It weighs in at about 50.3MB. Below is the download link for the latest firmware version 1.130. 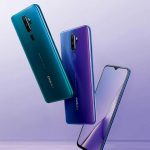