The jailbreak community offers a lot of value proposition for iOS devices. True, by default, you don’t really get much in terms of customization and personalization out of iOS devices, which is a shame considering just how capable iPhone hardware is.

Luckily, thanks to the Jailbreak community, you can get a little but more functionality and customization out of your iOS device. But of course, the first step to enjoying all the jailbreak goodness is jailbreaking your device.

There are a few tools that can help users looking to jailbreak their device attain the same. However, not many are as popular, and well supported as Checkra1n.

Checkra1n is popular for a few reasons, key among them is the fact that this tweak is very regularly updated to support even the latest versions of iOS and to fix bugs and issues that might crop up from time to time.

Today, we get yet another build of Checkra1n, v0.10.2. This version brings a few improvements and enhancements. Some of these improvements and fixes are highlighted in the following changelog.

Bug fixes
– iOS/iPadOS 13.5 support.
– Fix multiple issues with kernel patches that caused devices to not boot, most notably iPad Air 2 and iPad mini 4.
– Fix bootstrap upload not working if the device is locked.
Known issues
– The Apple TV 4K will produce a -20 error, even on a successful jailbreak, Other known issues are available on our issue tracker.
– The exploit may not work as reliably on some devices, such as the Raspberry Pi Zero and Raspberry Pi 3.
– When trying to jailbreak multiple devices, only the first attempt will succeed. Workaround: relaunch checkra1n after every jailbreak attempt.
Source

Checkra1n v0.10.2 is still a beta build and we should expect a stable release sometime soon. That build should bring even more fixes and maybe add in a few more features while streamlining the ones that are already baked in.

Should you already have a jailbroken device, we have tons of tweaks to take advantage of this and you can check out our dedicated section for many of those tweaks.

NOTE: We have these and many more Jailbreak stories in our dedicated Jailbreak section. 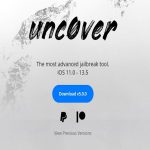