Call of Duty Mobile Season 6 is currently underway & it brought a lot of new content for players. We also the addition of the Rust & Saloon map in Season 6. Now, players are waiting for the start of the new season which is expected to add a new map Shipment.

The upcoming season will also bring an all-new battle pass for players which will feature new tier rewards at every level. Call of Duty Mobile Season 6 is likely to end on June 1 & so players can expect the start of Season 7 in the first week of June.

According to data mined leaks, Call of Duty Mobile Season 7 will also bring a few new weapons for the game. Data miners have unraveled the game code files & have found that Season 7 of the game will add a pump-action shotgun KRM-262. This weapon was previously seen in the Call of Duty Black Ops 3 game. Data mined leaks further suggests that LMG M249 & G36 might also feature in the upcoming season for the game. Players are very excited to learn about the addition of these weapons. In addition to this, developers have officially confirmed that they are planning to release a free version of the weapon HBRa3. It is one of the strongest assault rifles that are available in the game. So, a lot of firearms to be added in Season 7 for players. Coming to scorestreaks, Call of Duty Mobile Season 7 can add the Cluster Strike Killstreak to the game. Apart from this, despite many leaks, players are yet waiting for the arrival of Lightning Strike scorestreak for the game. Well, Season 7 is still far away, & until then, we will see some more leaks from data miners. We will cover all the upcoming or leaked content for the game, so, if you are a fan of Call of Duty Mobile stay tuned for more updates. 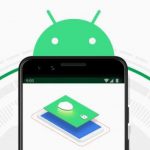