Good news for the Xiaomi Mi Note 10 Pro users in Europe, as the OEM Xiaomi, is now pushing the Android 10 updates for the European variants of the Mi Note 10 Pro.

The update is arriving with version number V11.1.1.0.QFDEUXM and along with the Android 10 OS, it also brings the April 2020 security patchset for the device.

Notably, we have earlier reported that the Global variants of the Mi Note 10 Pro have already picked up the stable MIUI 11 (Android 10) update. And it was about time for the European variants to get their hands on the Android 10 update. The update reportedly weighs in around a massive 2.6 GB in size, so it advised that you use a stable internet connection to download this update on your phone. Here is what the complete changelog reads:

As per the announcement, this is a Beta Stable ROM for the Mi Note 10 Pro and has been pushed for a limited number of users. Once the beta stable Android 10 update is successful, then it will be gradually rolled out for the public.

The update has been pushed via OTA and will take some time in arriving on all the units. However, for those who wish to manually update their phones to the latest Android 10 (MIUI 11) update then, you can grab the update package file from the section below: 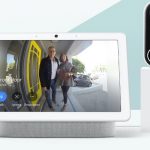