Rejoice Realme 6 Pro and Realme X2 users, because the Chinese OEM, Realme has now started rolling out a new security update, that brings in tons of new features for both the devices.

In particular, the update brings about the latest May 2020 security patchset for the Realme 6 Pro and the Realme X2 along with new features like DocVault, new charging animations, and bugfixes for battery and system.

For those who do not know, DocVault is an initiative under Digital India, that lets the Realme users save and manage personal information and government documents. Moreover, it lets you “issue digitally verify documents & certificates”  and also self-attest the documents. For more info head here. Here is what the complete changelog reads for the latest update for Realme X2:

Now, talking about the update for the Realme 6 Pro, the update hits the units with version number RMX2061_11.A.17. Take a look at the complete changelog, below: Ideally, the updates for both the Realme X2 and Realme 6 Pro have been pushed via OTA in batches and will take some time in hitting all the units. However, fortunately, we have the download link for this latest May update for the Realme 6 Pro.

Users who want to manually upgrade their Realme 6 Pro with the update can head over the section below, to download the update package file:

We will update the post, once the download link for the latest May update is live for the Realme X2 as well. So, stay tuned to PiunikaWeb. 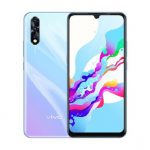