For Android purists, one of the biggest highlights of the 2010s has got to be the Android One program. The thought of a unified Android experience that is clean and light on the system resources with frequent updates is the dream.

Xiaomi’s Mi A1 was one of the first devices to embody that promise wholly and the device has had a good run. Launched back in 2017, this device came with Android 7.1 Nougat and has since been updated and stands at Android 9 Pie.

As it turns out, the chances of this device getting updated to Android 10 officially are rather slim. With each update rolling out to this device, those hopes fade away.

To recall, the Xiaomi Mi A1 received an update to the April 2020 security patch level not too long ago even at a time when users were hoping for Android 10. Another month gone and the device is getting yet another security patch update, this time the May 2020 update and, you guessed it, still no Android 10.

This update, which bears the software version number V10.0.21.0.PDHMIXM brings with it a few system enhancements as pointed out in the following changelog.

As this is an OTA, it will roll out to eligible devices in phases and might be a week or two before the rollout is complete. However, if you want to manually install this update on your Xiaomi Mi A1, here is the download link. 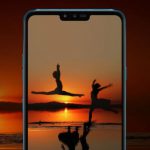