LG G7 ThinQ (LMG710EM) spotted running stable Android 10 update, here's how you can get it

LG has already released the stable version of Android 10 to the LG G7 ThinQ. The OS first arrived in Korea a couple of days ago alongside the LG V50S ThinQ and just yesterday, T-Mobile started rolling it out in the U.S.

At this rate, it shouldn’t be long before your region gets the update too. Unfortunately, no one knows when exactly the OS will arrive for your specific unit.

But if you have the global LG G7 ThinQ, there is a way you can get the stable Android 10 update up and running on your handset.

Apparently, the rolling-out Korean Android 10 firmware can be cross-flashed to the global variant of the LG G7 ThinQ without any major concerns. Of course, there are always fears surrounding such moves, so be sure that you really want this.

It’s not the first time that diehard LG fans will be coming across cross-flashing firmware on variants of handsets. This has been ongoing for years since some users prefer the Korean firmware to others due to timely software updates.

Indeed, the incoming update vindicates their efforts. But if you are interested, you will have to jump through a few hoops in order to install the Korean LG G7 ThinQ Android 10 update on your global variant. The first thing is to download the KDZ firmware for the Korean unlocked variant here. The file size is about 4.7GB so be sure you have good internet, but that’s not the only file there is to download.

Head over to this XDA page for a detailed step-by-step process of flashing the Korean ROM to your global handset.

Thanks for the tip, Luis Fuentes Cerda! 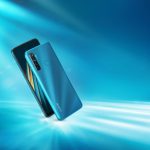 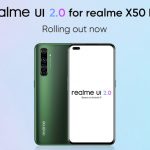