A new OxygenOS 10 Open Beta 3 update for OnePlus 5 and OnePlus 5T is up for grabs. The duo has been testing Android 10 OS for a while now and seems to be approaching the stable rollout.

In the latest edition of the OnePlus 5 and OnePlus 5T Android 10 update dubbed Open Beta 3, you are getting even more bug fixes and performance enhancements.

Below is a summary of the changes you get after installing OxygenOS 10 Open Beta 3 on your 5 or 5T handset:

For some reason, the incoming Android 10 Open Beta 3 disables VoWiFi calling on Airtel India. But of course, the feature should be back in a future update.

Those who haven’t received the OTA update can switch to Open Beta 3 manually by downloading the updated firmware files from the links provided below. Be sure you know your way around flashing ROMs before going down this route.

The stable update to Android 10 for the OnePlus 5 and the OnePlus5T is now live. Head here for more details. 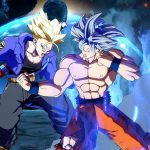