Android 10 update could break Termux and other terminal apps The true power of any Linux-based system lies in the Terminal. Hardcore users heavily rely on these command lines or consoles, to accomplish and automate tasks on a computer without the use of a graphical user interface.

Of course, for the vast majority, computers would barely be usable if they had to stare at a bunch of ‘random’ code on their computer screens and that is the difference between most casual computer users and power users.

Android being open-source, and based on a modified version of the Linux kernel means that you get the inherent benefits of using a Terminal application and the countless free tools to take advantage of and get things done, along with a refined GUI.

Sadly, the powerful terminal functions on Android might be going away soon. As it turns out, Android 10 might not be playing nice with terminal applications like Termux for much longer.

See, with Android 10, Android includes an updated list of restricted non-SDK interfaces. That means that apps developed with API 29 (Android 10) need to adhere to a given set of rules that will inevitably, greatly limit the functionality of terminal apps like Termux.

For instance, Android 10 does not allow free access to /sdcard, a directory that is very instrumental to the proper working on Termux.

At the time of writing, Termux is still based on Android 9 (API level 28). However, Termux will eventually be forced to use Android 10 SDK. While this is not exactly killing Termux, it will be causing some access issues with accessing certainty areas and using certain functions.

The Termux team has opened a GitHub page to collect ideas from community members on how they can work around this restriction and hopefully, get things to continue working even on API 29 (Android 10).

The fear and despair among hardcore terminal users on Android is immense and many of them are at a loss as to which devices they can use to quench their software-writing.

We can only hope that the developer community finds a way around this restriction. If anyone can find a way to get Termux working well on Android 10 despite these restrictions, it is the same hardcore users that rely on tools like Termux to get things done. 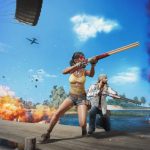