Asus hasn’t been quite active with new smartphone releases in the recent past, especially the budget segment. The popular ZenFone Max (Pro) series hasn’t been succeeded since arriving in December 2018.

This means only a handful of devices are being lined up for the next Asus Android 11 update. For now, though, let’s stick to what’s available – Android 10, Android Pie or even the much older Oreo – with respect to Asus ZenFone Live L1 aka ZenFone Lite L1 and ZenFone Live L2.

The duo is currently testing Android 10 developer preview (AOSP) version. The ZenFone Live L1 Android 10 update arrived first followed by the ZenFone Live L2 a day later. None of them was airborne, which is usual with Asus beta testing channel.

For those not participating in the beta testing, questions of when Android 10 will be released are all over. With the delays around the release of the ZenFone Max Pro M1 and Pro M2 Android 10 stable updates, there is indeed a reason to be concerned.

While we have no availability details of the ZenFone Live L2 and Live L1 Android 10 update, you can rest assured that we’ll let you know about it when the rollout begins. As for now, though, there are – wait for it – Oreo-based updates for the duo.

Unlike the ZenFone Live L2 and Live L1 Android 10 update, the incoming monthly security patches are airborne. But as usual with OTA updates, it may take several days before all units receive the download notification.

Rather than wait, Asus has provided the download links for those who want to get updated manually. We have them right below, but be sure you know your way around this, otherwise, simply sit back and wait for the OTA update.

In addition to the new security patches, the updates also tag along system stability optimizations and perhaps a few bug fixes, so be sure to upgrade. 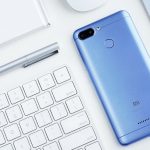 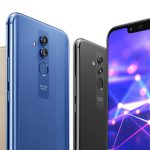