PUBG Mobile Season 13 is now out for players & the new season for the game is based on the Toy theme. Also, there is a huge overhaul for the Miramar map in this update & it now features sandstorms. Season 13 also features new skins, Royale Pass & rewards for players.

The new Season has added Carton rangers to the game in the toy-themed Battle Pass. After reaching Level 50, players can either get a Ice Ranger or Fire Ranger. Ultra Defender is also available for players at level 100.

Well, it is quite early to say about PUBG Mobile Season 14, but the above-mentioned data miner & YouTube player has leaked the details regarding it. He has revealed the upcoming skins for weapons & tier rewards for many levels. According to his leaks, players will get a new skin for S12K weapon. Also, an emote with the name of Results emote will be added for Season 14. Desert Fossil skin is coming for AKM in Season 14.

Kukulkan Fury Skin is coming for Kar98K & it is looking really astonishing. EMP – UMP45 is also getting a new skin in the upcoming season & its Crate is likely to have a Dinosaur theme. PP -19 Bizon will be given Blazing Skin in the next Season.

Gemini Scar-L skin is coming under Tier rewards, which features Gold color on the weapon’s body. Talking about another tier reward, Mr. Fox for M762 weapon. AWM will get purple magnolia skin, & VSS will get a Feral Scavenger skin.

Ancestral Tears skin is coming for QBU, whereas Vector will get Tribe’s Blessing skin. M164 will have the Golden Inscription skin. Cardboard King Set & Jungle Hunter set will also be observed under Tier Rewards.

Next up is Mr. Fox’s skin which is possibly tied with any Fox event for the game. Puppy love set & Fortune Teller set will also become part of Season 14, according to leaks. You can check the complete video for leaks down below from the courtesy of Ultimate Shooter YT. Well, but we should only take these leaks with a grain of salt & wait for the official news to arrive. 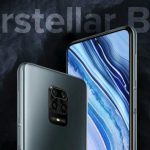 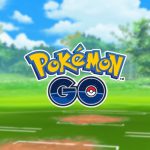