The world is going through a tough time as the Coronavirus pandemic has halted the blue planet. Many nations have gone into lockdown to stop the spread of the disease. The development of movies, TV shows & games has also got affected by this issue.

Well, one of the biggest Battle Royale games, Fortnite is also facing the same fate, as Fortnite Chapter 2 Season 3, has been pushed to a new date. Fortnite update usually arrives on Wednesday, but this week we didn’t saw any update for the game. According to data mined leaks, the new patch for Fortnite with version 12.60 is expected to arrive on May 20. However, Epic Games has not made any official announcement regarding this matter yet. It is expected to be a big patch as Fortnite Season 2 is about to conclude soon & we can possibly see some new changes on the map to set the stage for the upcoming season. But the arrival of a big patch doesn’t mean, it will bring new content to the game, as mentioned above it will create a pathway for Season 3 & can feature map changes. But it will be interesting to see, what possible changes could arrive on the map. Modification on the map can be tied to Doomsday event which might become the live event for the end of Season 2. Speaking of the Doomsday event, it is related to a device found by players in the hideout (Midas Room). 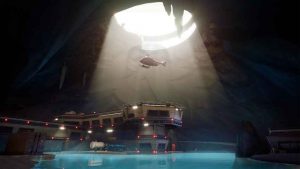 As the device is not present on the island, one can not predict, to which area of the map it will bring changes & modifications. But one thing is sure, the upcoming live event will also be spectacular & jaw-dropping just like previous in-game events. Fortnite Chapter 2 Season 2 will end on June 4, 2020, so Doomsday event is pretty close & one should expect a lot of changes on the map in the coming weeks. Rest assured, we are keeping a close eye on all the developments & will update you with more information whenever it arrives.