Samsung Galaxy Tab S4 Android 10 update is known to be in the works, but little has been out there regarding when exactly to expect the software to begin rolling out.

According to Samsung Turkey, though, it seems it won’t be long before the Tab S4 One UI 2 update arrives. Unlike the Note and S series devices that got beta updates first, the Tab S4 will jump straight to the stable version.

Apparently, this will take place anywhere between June 1 and July 1, 2020. Given that this information is coming from Samsung’s Turkish wing, we could assume Europe is the wider target audience.

As you can see from the screengrab above, Samsung Turkey notes that the Galaxy Tab S4 Android 10 update is currently in the testing phase. For how long this has been ongoing only Samsung knows, but when the OS arrives, both Wi-Fi only and LTE variants will be targeted.

It’s worth noting that software update release dates should be taken with some skepticism, whether coming from the company itself or not. Even so, Samsung has done a pretty decent job keeping its promises with One UI 2 release dates, so we expect the same for the Tab S4.

We will keep an eye on the availability of the OS and let you know when the slate begins receiving the OTA update. Stay tuned to PiunikaWeb for related coverage and more.

With less than two weeks before the month ends, Samsung Galaxy Tab S4 users expected the incoming update to tag along One UI 2 based on Android 10. But instead, they only get an Android Pie-based May security patch. Details here.

The Android 10 update for the Tab S4 is now live and also brings in the June security update. Head here for more details. 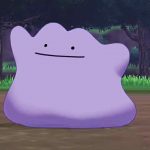