Xiaomi recently released the initial Beta for its upcoming skin on top of Android, MIUI 12. The skin, while only available on a handful of devices to begin with, caused such a stir in the whole Android ecosystem for one feature in particular, Super Wallpapers.

Super Wallpapers for MIUI 12 allow users to set realistic-looking 3D models of Planets Earth and Mars as the wallpaper for their home screen and lock screens. On unlocking the device, the Super Wallpaper zooms in dramatically from the marble view, down to the surface view of the respective planet.

Xiaomi is releasing MIUI 12, this feature called "Super Wallpaper" is too cool. pic.twitter.com/CmQ2NUfkm7

Surely, everyone would like to have this on their smartphone, right? Of course, thanks to the developer community, we are bound to get ways to have Super Wallpapers on other devices via a port but until then, this remains an exclusive MIUI 12 feature, or is it?

Reports have it that Samsung might consider having something similar to Xiaomi’s Super Wallpapers on their own phones. A Samsung Support representative has been quoted saying, Super Wallpapers might be supported on Samsung’s upcoming versions.

However, it’d be wise to take this with a grain of salt. Also, note that all this has been translated from Chinese. How true this is can easily be up for debate.

However, seeing just how the whole internet reacted to these wallpapers, it is safe to say that these are very popular with both Xiaomi and non-Xiaomi fans alike.

If indeed these are coming to Samsung devices (however those odds are), it is worth keeping the hope alive with this little confirmation from an unofficial internet forum in a foreign language.

NOTE: We have these and many more Samsung and Xiaomi stories in our dedicated sections. 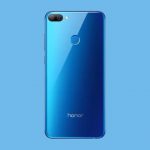 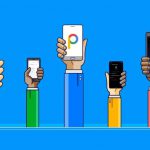