The Google Play Store is rarely short of hoaxes. The popular Android app market is often found in scandals involving the publishing of dangerous and malicious apps that put the data of users in the hands of hackers.

Lately, an even more interesting fraudulent activity has surfaced via the same Play Store. Many users have raised concerns over unauthorized transactions and the one that stands out is the Google Proxima Beta fraud.

A good number of affected persons have come out to speak following the loss of huge amounts of money through these fraudulent Play Store transactions.

From the look of things, not even canceling card details from the Google Play Store, blocking Google Proxima Beta through the call center, freezing the card, or even sending feedback to Google is helping mitigate this issue.

Google Proxima Beta transactions are billed by the Singapore-based “Proxima Beta” company associated with Tencent Mobile – the company behind the popular PUBG. Granted, it’s possible that affected accounts have in the past made in-app purchases on Tencent-owned apps.

Apparently, the fraudsters deduct a small amount of money and refund it back within seconds. However, it is the subsequent transactions coming after that are concerning users thanks to the huge amounts of money being deducted from their bank accounts.

The multiple transactions are made possible thanks to the support for recurring payments on most debit cards – a function that makes it possible for players like Netflix to auto-bill monthly subscription fees from your account without any authorization.

Google has yet to make any official communication on this matter even though it has already hit the consumer complaints court. Either way, it should soon get to the search giant’s attention and hopefully, a fix will be made available sooner than later.

Meanwhile, Google has a form that affected users can fill out to report such frauds and even claim a refund. 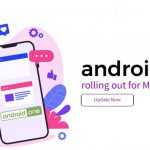