Dirt Rally is one of the most popular series when it comes to off-road racing games. The journey of the series started with Colin McRae Rally game in 1998 and since then 13 Dirt titles have come to existence. Speaking of Dirt Rally 2.0, it comes under the racing simulation genre.

The game has been published & developed by Codemasters. It was released on February 26, 2019, & can be enjoyed in both the single-player & multiplayer mode. The game is available on all the major platforms including PC, Xbox One & PS4. The game primarily focuses on rallying & Rallycross. In the game, players compete in time staged events on tarmac & off-road terrain in varying weather. Since the release, many Seasons have gone live for the game. 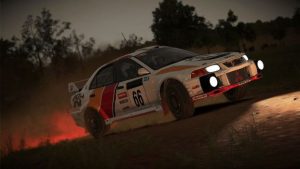 Cut to now, “Codemasters” has taken the route of Reddit to confirm that there will no new content & major update for the game. Devs have no plans to release new seasons for the game. However, some minor updates have been planned. But that’s not the end for Dirt Rally 2.0, there will be Daily/Weekly/Monthly challenges for players to pursue. Also, Clubs will be stronger than ever, & a lot of esports related stuff will be available for the game. Well, but there is good news for Dirt fans, as in the official message, Codemasters has confirmed that there is a new Dirt game just around the corner. The upcoming title has been developed by a separate Codemasters Studio. While observing the post, it can be inferred that devs are talking about possible Dirt 5. While for the Dirt Rally series, devs have confirmed that players & fans won’t hear about the Rally series for a while, which hints that the company is currently working on Dirt 5. You can read the complete statement down below. From a simple ‘2.0’ in late 2018, to the game’s launch in early 2019, through four Seasons of epic content, and onto the Colin McRae: FLAT OUT Pack and Game of the Year Edition, DiRT Rally 2.0 has been an incredible journey that we’ve been on with you, our passionate rally and rallycross community.

As a team, we set out to create the definitive rally and rallycross experience for you, both in terms of what you can experience, and how you experience it. None of that would be possible without the support of you, the players, not just by playing DiRT Rally 2.0, but having the passion and willingness to be part of a true gaming community. You work with us to keep the game moving forward with patches, updates and improvements built around your feedback.

From everyone who has contributed to DiRT Rally 2.0 here at Codemasters, we simply say: thank you for driving with us.

Whilst there are no plans for additional Seasons for DiRT Rally 2.0, some minor updates and surprises are planned. At this stage, the Rally team is now focusing on the future. By no means are we saying this is “the end” for DiRT Rally 2.0. Daily/Weekly/Monthly Challenges live on, Clubs are stronger than ever and you have plenty of esports action to look forward to.

Prepare to see something new roar to life in the world of DiRT, very soon. Developed by a separate Codemasters studio to the DiRT Rally team, we’re incredibly excited about what’s around the corner. We invite you to be part of a brand new experience, while also continuing to enjoy our definitive Rally offering.

As for the future of DiRT Rally? Well… we have a few things in mind. We have big plans, driven by a passionate development team, solely tasked with taking the Rally series to even greater heights. You won’t hear about that for a while, but when you do… oh boy, will you be excited for what’s coming.

Whether it’s our latest game soon to be revealed, or what comes next for Rally, we are incredibly excited to continue making DiRT the franchise for everything we all love about off-road racing.

-the team at Codemasters

Next article [Updated] Realme UI 1.0 reminder: Realme 5i Android 10 update to roll out this month, Realme 5 & Realme 5s too