While the Samsung Galaxy Buds and Mi Band 4 are getting the feature enhancement updates. So, that being said, let us take a look at the updates received on each of the devices, one by one:

The MIUI 11 beta stable update for the Xiaomi Mi 9 is live for the global and European units, that brings in the Apri security patch.

The global update arrives with version number V11.0.6.0.QFAMIXM while the European update comes with V11.0.9.0.QFAEUXM. The update has been pushed for random users and will be hitting the units via OTA.

Mi 8 Pro is also picking up the MIUI 11 beta stable update with version number v11.0.5.0.QECMIXM, which is based on Android 10. Note that this update has been pushed for the global beta testers.

The global stable MIUI 11 ROM is now rolling out for the Xiaomi Mi 8. It carries version number v11.0.4.0.QEAMIXM and brings the April patch with some new features.

App Lock
NEW : App Lock is supported for all apps now
NEW : Revamped the start page and optimized some features The Chinese variants of the Mi 10 Pro are now picking up the April security patch. The update also brings some optimization for WiFi 6 icon as well. The update comes with version number V11.0.17.0.QJACNXM.

Changelog:
System
– Updated Android Security Patch to April 2020. Increased system security.
Status bar, Notification shade
– Optimization: Wi-Fi 6 icon will be shown only when the device is connected to the network of this standard

You can grab the download package file from below:

The Russian units of the Mi Note 10 are also grabbing the new April security patch. The OTA comes with version V11.0.8.0.PFDRUXM. Not only smartphones, but the Xiaomi Mi band 4 is also picking up a new update. The update arrives with firmware version 1.0.9.48. However, it is unclear what all improvements it brings in for the Mi Band 4.

Two Nokia devices, i.e. the Nokia 5 and Nokia 1 are picking up the latest April security patches.

Realme 5 and Realme 5s are also picking up the latest April security patch along with some bugfixes. Below is the common changelog for both the phones.

The update arrives with version number A.28 for both the Realme 5 and 5s. Fortunately for the Realme 5 users, we have the download link with us. 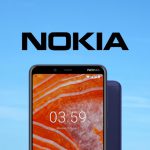