Coronavirus pandemic has taken aback the world & its daily activities. Many nations have gone into lockdown to stop further spreading of the disease. This unprecedented outbreak has affected almost all the countries of the earth.

Well, as governments are asking people to stay inside, the activity of gaming has increased on Steam & consoles. Well, Steam has also broken its previous concurrent users record amid this COVID-19 outbreak.

Cut to now, a new update for Call of Duty Modern Warfare will be rolled out today & it will bring a lot of enhancements & bug fixes for the game. The new patch is arriving with version 1.20. There will also be some playlist updates.

Modern Warfare will see Shoot the Ship 24/7 (now with Cranked and Grind in the mix!) along with some fun Gunfight variations. But the update will require to download Data Pack if you are on Xbox One & PS4. If you are wondering, how to install this data pack, you can follow the steps below.

Once you install the patch and select a mode, (multiplayer, campaign, Special Operations, etc.), you will be brought to a game install menu. Here, you’ll need to download Data Pack 1 from this menu. Once the download is complete, you will need to hard close and reopen the game application.

The patch notes for today’s update are yet to go live. They are expected to be available just before the update time. We will update our post with the complete patch notes once they get live. Apart from some new content, the update will also address & fix some major bugs. The official Trello board has listed all the bug fixes that will be incorporated in the update 1.20 & you can check them below. 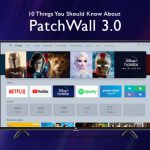 No Xiaomi Mi TV PatchWall 3.0 update for your unit yet? Here's how to get it 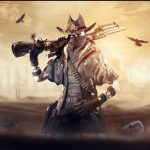