At the time, there was no room for devices like the standard OnePlus 7 or even the Redmi K20 Pro, also known as Xiaomi Mi 9T Pro. But when the official version went live mid this month, the number of supported devices expanded to include units from multiple other vendors.

Today, the developers of Paranoid Android have added a bunch of new devices to the custom ROM, namely OnePlus 5, OnePlus 5T, and OnePlus 7T Pro. For some reason, there is still no room for the standard OnePlus 7.

The new version bundles a few more features to add to the many introduced in the first release, namely support for face unlock on eligible devices, volume panel, and a bottom brightness slider. Below is the complete changelog:

As of this writing, the device has already picked up the unofficial version of the ROM, hinting at the imminent arrival of the official version. But again, similar to the standard OnePlus 7 and 7T, we don’t have any specific dates with us.

The devs have also confirmed the following list of devices is being lined up for an update to Paranoid Android 10 in the coming weeks:

Release 3 of the Quartz project brings more devices and adds in new features as well. Head here for more details. 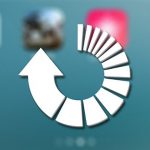