To make things clear for you, Redmi Note 9S, Realme 5i, Oppo Reno 10x Zoom, Oppo F15, and Galaxy Tab S5e are getting April security patches, while the Oppo A5s is being served with March patchset.

Huawei Mate 30 series is getting an EMUI 10.1 beta update with new features and Poco X2 picks up optimization updates. Let us take a look at the updates one by one:

The global variant of the Redmi Note 9S is now getting the April security update with version number V11.0.6.0.QJWMIXM. The OTA weighs in around 150 MB and it also fixes the issues with the display.

Below is the download link for the update package file:

A new update is hitting the Realme 5i with version number A.19 which brings April security patch along with some optimization for the phone.

Oppo has pushed the April security update for the Oppo Reno 10x Zoom phone. The update arrives with version number A.20.

Another Oppo phone is grabbing the April security update, i.e. the Oppo F15. The update hits the units with version number A.31 and brings some system optimizations as well.

·Fixed an issue where certain system settings would not show up in search results.

March update is knocking the doors of Oppo A5s with version number A.36. The update is purely incremental in nature and just bumps the security patch level to March 2020.

Not just phones, but Samsung is also updating its Galaxy Tab S5e with the latest April security update. The OTA hits the tab with version number ATC6 and weighs in around 151.92 MB in size.

Split-screen mode can help you multitask by separating your screen into two panes, allowing you to display and operate two different apps simultaneously.

Improves the start speed of some applications for better performance. The POCO X2 in India is getting a new update with version number V11.0.7.0.QGHINXM based on Android 10. Notably, the update brings the March patch.

The update will be pushed via OTA, but users can grab the OTA from the download section below: 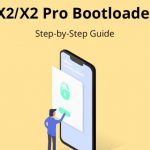 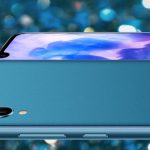