YouTube Vanced showing ads after the latest update to v15, Google is to blame?

It is always recommended to download and install apps from known sources like the Google Play Store, but Android’s openness means one can also download apps from other platforms and install on their devices without breaking anything.

The open nature of Android has given birth to a huge developer community that keeps churning out modified apps with some interesting functionalities.

The fact that these apps are from third-party developers makes them look shady. Although true to some extent, there are lots of other devs out there that mean well, and among them are the guys behind the YouTube Vanced app. 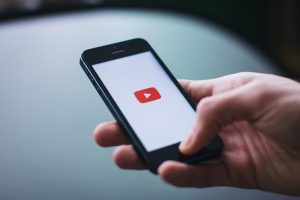 YouTube Vanced, as the name suggests, is an advanced version of the regular YouTube app. The devs have modified the official version to include cool features such as background playback, ad blocking, and so on.

However, since rolling out version 15.05.54, multiple users of the Vanced app have been seeing ads when playing videos.

Several other Reddit threads exist (1, 2, 3) with the same issue. As it stands, YouTube Vanced showing ads only started after the latest update, meaning that’s where the problem lies.

According to Vanced, Google recently made changes to how ads are implemented on YouTube, which is why ads are showing up on YouTube Vanced. So far, the devs are still figuring out how to go around the new restrictions and when done, things should be back in place.

It’s unknown when the fix will be ready, but affected users say downgrading to the previous version 14.x should do the trick, which is a sigh of relief, at least for now. However, someone else says the ads are still there even after downgrading, so yeah, this fix might not work for everyone.

for the most part, yes, still got some search ads though.
Source