To clear things out, all the phones, namely Nokia 2.1, Redmi K30/Poco X2, Honor 8X, Verizon Samsung Galaxy S9/S9+ and AT&T LG V60 ThinQ are being served with the latest April 2020 patchset, while the Sprint Samsung Galaxy S8, which is grabbing the March 2020 update.

The Asus ZenFone 6 is getting an optimization update that improved the WiFi connection stability. Let us take a look at the updates, one by one:

Nokia 2.1 is getting a new security update, that brings the April security patch. Due to the lack of an official changelog of the update, it is unsure what all features, this new update brings in for the device.

The update, however, weighs in around 76.6 MB in size and those who are interested in manually installing the update on their Nokia 2.1, can grab the update package file from below:

The Redmi K30 (aka Poco X2) is getting the April security patch in China. The update arrives with version number V11.0.15.0.QGHCNXM and weighs in around 294 MB in size.

You can grab the update package file from below:

The April security patch is also hitting the Honor 8X units. The OTA arrives with version number 10.0.0.188 and weighs in a mere 99.60 MB in size. The update simply integrates the latest security patches for the device and is purely incremental in nature.

Verizon variants of the Samsung Galaxy S9 and S9+ are picking up the latest April 2020 security update. The update arrives with version number DTD1 and is purely incremental in nature.

The Sprint variant of the Samsung Galaxy S8 is now grabbing the March 2020 security update. From the changelog, it is clear that the update simply bumps the security patch level to March 2020. Asus has also pushed a new optimization update for its Asus ZenFone 6/ Asus 6Z smartphone. The update reportedly brings improvement in the WiFi connection stability and arrives with the version number 17.1810.2003.145. 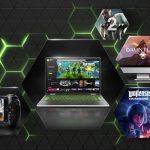 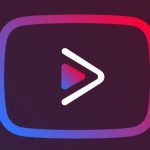 YouTube Vanced showing ads after the latest update to v15, Google is to blame?