In recent times, more and more OEMs have gotten serious about pushing out regular monthly security patches to their devices. This was vastly different only a few years ago.

Today, even Chinese OEMs who were once notorious for not updating their devices with security patches, let alone system upgrades, are at the forefront in rolling out timely security patches.

One such OEM is Realme. This homemaker has been known for rolling out timely security updates, often bundles with feature updates and general system enhancements. Today, realme is rolling out the April Android security patch update to the Realme 6 Pro.

True to the company’s style, this update packs a little more than just a bump in the device’s Android security patch level. A few fixes and feature enhancements are coming to the Realme 6 Pro, as outlined in the following changelog.

Security:
● Android security patch: April 2020
System:
● Fixed the status bar updates slowly after unlocking
● Fixed the Bluetooth headset delay in playing PUBG and other games
Camera:
● Added the ultra-dark mode of the rear camera
● Optimized the clarity of 64M and wide-angle camera
● Solved the issue that without ultra-wide mode prompt when the time-lapse mode is switched to the ultra-wide-angle mode
● Solved the issue that the camera cannot adjust the beauty mode when the system language is Arabic
● Fixed front camera overexposure under the backlight environment

As always, this is an OTA update and as such, it should soon be available for all eligible devices through the built-in system update feature. However, this being a staged rollout, some devices will get the update sooner than others.

That said, for those who are a little impatient and might not want to wait for Realme to come around to rolling out the update to their device, below is the download link to the update.

In other news, Soloop, a compact video editing app that has been specially made for realme devices is now available via the App Market. This tool allows users to, among other things, create instant slideshows of photos and videos.

Soloop also allows users to edit photos and videos manually to the best of their abilities and provides some cool transitions, texts, filters, and music. To get the app on your Realme, Open App Market >> Click on Search Box and type “Soloop” >> Click on the first app and download it.

The supported Realme devices include; 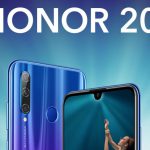 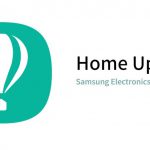