To clear out things, the Nokia 8.1, Sprint Galaxy S20 Ultra, Huawei Mate 20 X, Sony Xperia 1 and Xperia XA2 are picking up the latest April 2020 security patchset, while the Motorola One and Nokia 3.2 are getting March update.

Notably, Nokia 3.2 is also being served with Android 10 on top of that March update. Let us take a look at the updates received on each of the devices, one by one:

The April security patch for the Nokia 8.1 is finally here. The OTA weighs in around a mere 32.10 MB in size and simply bumps the security patch level to April 2020.

You can grab the update package file for manually updating your Nokia 8.1 to the latest security patch from the below section:

Nokia 3.2 users rejoice! As the company has now rolled out the Android 10 update alongside the March 2020 security patchset. The update was currently spotted in Egypt and is expected to extend to other regions soon.

It carries version number V2.270 and weighs in around 1.31 GB in size. Here is the complete changelog of the update:

What’s New
– Dark mode ~ Take it easy on your eyes
– Smart reply – Save more time with recommended actions
– Gesture navigation ~ Get around with a swipe and a pull
– Additional! controls for privacy and location
– Google Security Patch (2020-03)

You can grab the update package file for manually updating your Nokia 3.2 from the below section:

So, one of the major US carriers, Sprint, is now pushing the April 2020 security patchset for its Samsung Galaxy S20 Ultra model. The update arrives with version number ATD6 and sizes at around 302.22 MB.

Motorola is now pushing the March 2020 security update for the Moto One smartphone. Users have confirmed that the update is arriving via OTA. The update hits the Moto One unit with version QPKS30.54-22-4.

Thanks, Darko Milosavljević for the tip!

Chinese smartphone giant, Huawei has also pushed the latest April 2020 security update for the Huawei Mate 20 X. As per the user report, the update is currently live in Australia.

Sony has also made the April 2020 security update live for the Xperia 1 and Xperia XA2 phones. The update for Xperia 1 arrives with version number 55.1.A.3.49 and weighs in around 294.9 MB in size. 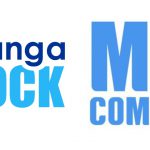 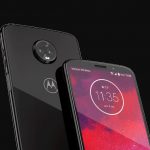