Korean technology giant, Samsung, not only aces with smartphone products under its belt, but it also has a good range of smartwatches. The latest one is the Galaxy Watch Active 2, which is feature-packed.

The company brought in its first smartwatch, which they called the Galaxy Gear Watch that was announced way back in 2013. Since then, Samsung has infused better technology in their smartwatches.

This clearance makes the app government cleared and cuffless blood pressure monitoring application. Moreover, as per the Corporate SVP and Head of Health Team Mobile Communications Business at Samsung Electronics, Taejong Jay Yang, this app will be beneficial for millions of blood pressure patients across the globe.

He further added that:

This is one of many examples of how Samsung is integrating its best-in-class hardware with the latest software innovations to innovate mobile experiences.

As shown in the video below, the user needs to calibrate the Galaxy Watch Active 2 with a traditional cuff. Once the calibration is done, the user can tap the Measure button to monitor the blood pressure levels, anytime, anywhere.

The device measures blood pressure through pulse wave analysis, which is tracked with the Heart Rate Monitoring sensors. The program then analyzes the relationship between the calibration value and the blood pressure change to determine the blood pressure. To ensure accuracy, users are required to calibrate their device at least every four weeks.

The new update for the Samsung Health Monitor app, that will give deeper insights to a user’s health and blood pressure metrics, will be made available for the Galaxy Watch Active 2, somewhere around Q3 in 2020. Note that it will eventually be rolled out for older Galaxy Watch devices as well. 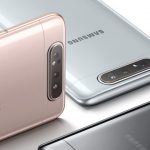 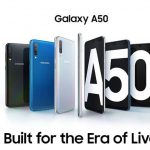