Android 10 updates are getting picked up by more number of devices as the days are passing by. OEMs are also putting the pedal to the metal and rolling out the updates as soon as they can.

We are already seeing the early builds of the next version of Android by Google, the Android 11 available for the developers. So, it is about time, OEMs push the over 6-months old operating system, for their eligible devices and start working on the next iteration of the firmware.

Amidst, all of these, security updates are also pushed for the devices to keep them updated in terms of security. And the same has happened for the Oppo Reno2 Z owners, because the company has now pushed the April 2020 security patch update.

Note that the update is rolling out only for the Android 10 beta users of the Oppo Reno2 Z. To recall, the ColorOS 7 (Android 10) early adopter program for the Oppo Reno2 Z started back in mid-March.

And if we go by the latest Android 10 update roadmap shared by Oppo for Q2 2020, the stable ColorOS 7 (Android 10) update is scheduled to hit the units on April 25. 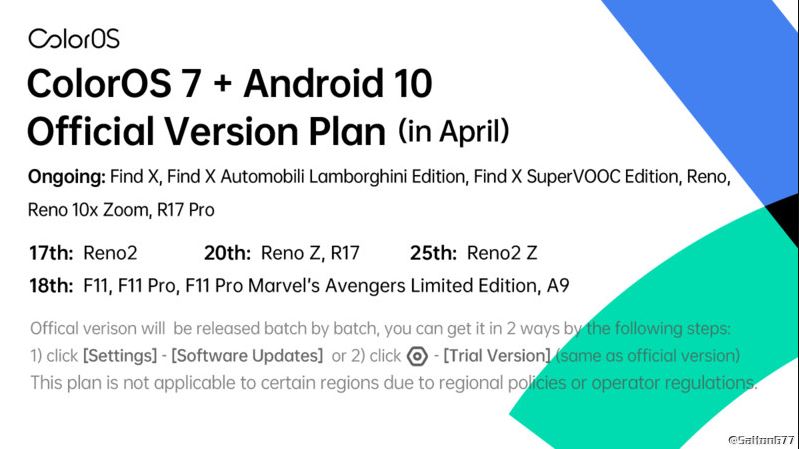 While the stable update is prepping up to be rolled out, beta users can grab the latest April 2020 security patch on their units. It arrives with version number C.19 and weighs in around 378 MB in size. 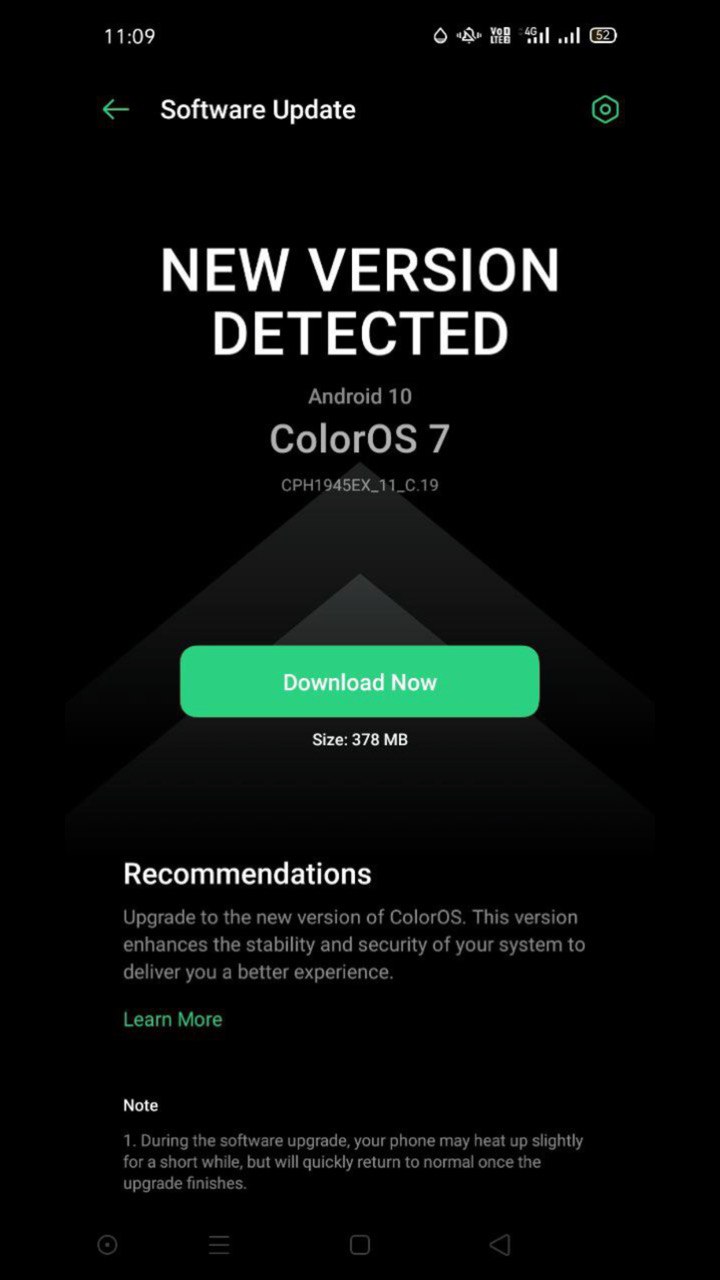 The Oppo Reno2 Z was launched back in 2019 and it is powered by the Helio P90 processor, 4,000 mAh battery, 8 GB of RAM and a quad-camera setup at the back. It also sports a pop-up camera for selfies.

Moreover, it came with Android 9 Pie out of the box. The Android 10 (ColorOS 7) update will be the phone’s first major OS update. We will keep you posted about the stable ColorOS 7 update, once it’s out.