Android 10 is slowly making its way to a number of devices. Lately, smartphone OEMs like Realme, Oppo, Huawei, etc. have accelerated the rollout process.

Talking about Realme, the Chinese smartphone OEM has also done quite a good job of providing most of its devices with the Android 10 update. There are a few devices that are in the pipeline to get updated with the Realme UI (Android 10) update.

For those who do not know, Realme has ditched ColorOS and has brought in its very own, Realme UI with Android 10 update. Users have also appreciated this move, thanks to the features and subtle UI changes that it brings in for the Realme phones.

Realme 3 and Realme 3i devices, that were launched back in 2019, came with Android 9 Pie out of the box. Both the devices were waiting for the Realme UI (Android 10) update, which will be the first major Android firmware update for both the phones.

The Realme UI beta registration for both the Realme 3i and Realme 3 began on April 3, 2020, and it was recently closed. For those who successfully registered in the beta program, were treated with Android 10 beta update. And users are expecting to get the stable Android 10 update this month.

But, if we go by the recent development, Realme has pushed another Android 10 (Realme UI) beta update for the Realme 3 and Realme 3i that brings in the Super NightScape mode for both the units.

The OTA arrives with version C.05 and weighs in at 206 MB in size. The update only brings the Super Nightscape mode for both the devices and nothing else.

Thanks, Aryan Dhasmana for the tip. 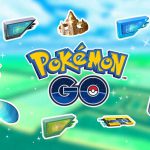 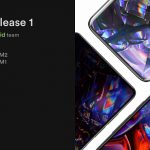