In the past couple of months, we have seen more and more devices getting updated to Android 10. These have been in various shapes and forms. From skinned versions of Android to aftermarket firmware like LineageOS 17.

Today, the Android 10 Club now has a few more members. Vivo is reportedly rolling out Android 10 to the Vivo Nex 3 5G. This update comes not too long after the Public Beta update rolled out to the devices.

As this is an OTA update, it might be a while before all eligible devices have received the update. As such, users are advised to be patient and await the update notification on their Vivo Nex 3 5G devices.

Also joining the Android 10 club is the Huawei Nova 5i. According to a post on Huawei’s Weibo page, EMUI 10 based on Android 10 is rolling out to the Nova 5i. This, the company says, is for the public and not just for early adopters.

First released back in June 2019, this device is powered by Huawei’s in-house Kirin 710 processor and sports a 6.4-inch display. Other devices that are on the update list as they are currently undergoing Beta tests include the Nova 5, Nova 5 Pro, Nova 5i Pro and the Nova 5Z.

It is commendable to see more and more OEMs pushing out Android updates to their devices. This has long been Android’s weak point but in the recent past, this seems to be changing as even Chinese OEMs are pushing out regular updates.

NOTE: We have these and many more Vivo and Huawei stories in our dedicated sections. 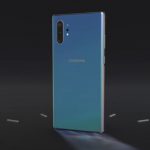