Pokemon Go : New feature allows to use item more than one time to extend its effect

Niantic has introduced another exciting event for the game. The upcoming event is called Incense Day. It is the first event of its kind & for the first time, Incense will attract certain Pokémon of certain types during specific time periods.

Pokemon Go Incense Day Event has been scheduled to take place on April 19, 2020, from 11 am to 5 pm in your local time zone. The incense will last for the duration of one hour. You can check it’s more details by heading here. Apart from this, Niantic has introduced a myriad of new features for the game. Remote Raid Boss Passes have been added to the game. With a Remote Raid Pass, you can access Raid Battles, which you can see on the Nearby screen from wherever you are. 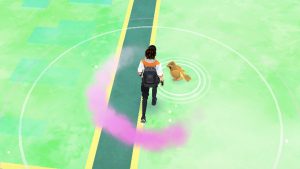 Also, players will receive a bonus Field Research task daily without having to spin a PokéStop. Under a new feature, when you will run low on Gifts, your Buddy Pokémon will venture to nearby PokéStops and bring some Gifts back for you to send out to your friends.

Some changes have also been incorporated into the game. Players will be able to power up their Pokémon to the desired CP by using all the required Candies and Stardust at once. Battle Screen design has also been improved. After using a Star Piece, Lucky Egg, or Incense, players will be able to use more of the same item to extend the item’s effect beyond the usual 30-minute limit. No more waiting for an item effect to expire before you can use another one! You can learn all about these new features & changes by heading here.