Samsung has had a rough couple of weeks as a number of their update rollouts haven’t exactly gone to plan. First, we saw Samsung Galaxy A70 devices getting bricked following an update to Android 10. More on that here.

A few Samsung Galaxy M31 users have faced a similar issue where their devices just won’t boot up after a recent OTA update, presumably to the April 2020 security patch level didn’t quite go to plan.

According to reports, the April security patch with build number M315FXXU1ATD1 for Galaxy M31 devices bricked the units. However, as a result, Samsung quickly pulled the plug and stopped rolling out the buggy update.

In recognition of this fact, Samsung is offering affected users a guide on how to recover their devices by themselves. This message is being sent out to affected users via their Samsung Member App accounts. Thanks to Subhadip for the tip.

If you have a bricked Samsung Galaxy M31 device, try to follow these steps.

While this might appear to be complex to the average Joe, this is a pretty straight forward guide. Affected Galaxy M31 users can quickly get their devices back and running with this. Also worth noting is that user data will not be affected by this process.

Samsung has built a good reputation in the smartphone industry. However, such mishaps don’t exactly scream confidence and if such persists, it might hurt the brand. 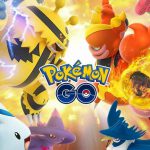 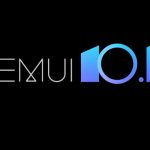