Well then! A new day and a new set of devices are in line to receive some updates. Notably, the Realme C1, Realme 2, Realme Band, Xiaomi Mi MIX 2S, Redmi 7A, Redmi 8A, Pinephone (Android 10), Galaxy S9 and Essential Phone are picking up new updates.

Just to make things more clear, Xiaomi Mi MIX 2S, Redmi 7A, Redmi 8A, and Essential Phone are picking up the March 2020 security patch update. Piephone also gets a March patch, but with Android 10.

On the other hand, Samsung is zooming past everyone and has pushed the April security patch for the Galaxy S9. Realme C1, Realme 2 and Realme Band are grabbing system optimization and bugfix updates.

So, let us take a look at the updates, one by one:

The March OTA is arriving with version V11.0.4.0.QDGMIXM and it weighs around 1.9 GB in size. It also tags along app lock support as well as revamped start page and optimization for the Mi MIX 2S.

App lock
– New: App lock is supported for all apps now
– New: Revamped the start page and optimized some features

Redmi 7A is also getting a new March 2020 security update with version V11.0.18.0.PCMEUXM. The update carries the same changelog as mentioned for the Xiaomi Mi MIX 2S, above and weighs in around 403 MB in size.

Another Xiaomi has picked up the March update in India, i.e. the Redmi 8A. The update arrives with version V11.0.8.0.PCPINXM and brings optimization and a few bugfixes for the phone.

The Galaxy S9 from Samsung is also picking up a new update, but it is the latest April security patch in Germany. The update arrives with version DTC5 and weighs in around 385.11 MB in size.

This new update brings in some new features like improved device compatibility with camera controlled for Galaxy Watch, improved stability for Messages, contact, gallery, and camera as well.

Here is the complete changelog:

• Samsung account security has been enhanced.
• Device compatioility with the Camera Controller app for the Galaxy Watch has been improved.
• Improved Stability. – Messages, Contacts, Gallery, Camera
• The security of your device has been improved

PinePhone is getting the Android 10 update along with the March security patch. For those who do not know, PinePhone is a low-specd phone and is powered by Quad-Core ARM Cortex A53 64-Bit SOC.

Yes, the Essential Phone, is getting a new Google Play System security patch update in the form of March 2020 based on Android 10.

Realme C1 and Realme 2 are getting a new update with version A.66 and it brings a bugfix for invalid call waiting issue for both the phones. The OTA for the Realme C1 weighs in around 137 MB in size and is based on ColorOS 6.

Below is the common changelog for the devices:

You can grab the update package file from the below download section to manually upgrade your phones: 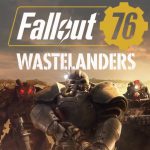