Coronavirus Pandemic has put many nations into lockdown state. This unprecedented outbreak has claimed many precious lives & the number of COVID-19 cases are still increasing in many countries.

This disease has also postponed major gaming events including Olympics & Wimbledon. COVID-19 pandemic has heavily impacted the Tourism industry. Also, the production of movies & shows have been temporarily stalled. As people are bound to stay home, an increase in the gaming activity can be seen on the Twitch & Steam charts. Many gaming companies are also giving free in-game rewards, to encourage players & support this homestay. Cut to now, a new update will roll out for Fallout 76 today. The new Wastelanders patch will bring in new NPCs, Settlers and Raiders to the game. Two new camps will also be introduced for each faction, which includes the following : the Foundation for the Settlers and the Crater for the Raiders. Fallout 76 Wastelanders update will be available on all the platforms including PC, Xbox One & PS4. Bethesda has also confirmed the downtime for the new update. The official statement from Bethesda regarding the maintenance reads the following : Fallout 76 will be offline for maintenance and to apply the Wastelanders update, starting at 3:00 am ET on Tuesday, April 14

Wastelanders update will add a myriad of content to the game. Bethesda describes the new update as follows, “In addition to introducing fully voiced NPCs to the world of Fallout 76, Wastelanders brings a brand-new main questline, new locations, new enemies, new weapons, a new reputation system and much more.” The list of content that will be featured in the update has been mentioned below & we will update the patch notes, whenever they will get live. 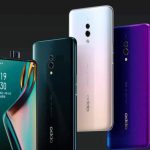