Brawl Stars is the immensely popular battle arena multiplayer game that’s racked up five million players worldwide. Available on both Android and iOS, the main goal of the game is to battle up against other teams and be the winner. Battles take place in various arenas namely Gem Grab, Showdown, Brawl Ball and Bounty.

Players battle around in teams of three in various arenas. After every battle players receive tokens which fills up to unlock a Brawl Box. Players can upgrade their brawlers and equip them with Star Powers and Gadgets. These upgrades help the brawlers to improve their attack skills in the arena.

While the texture problem is yet to be addressed, Brawl Stars have now pushed out an optional update that addresses certain issues : 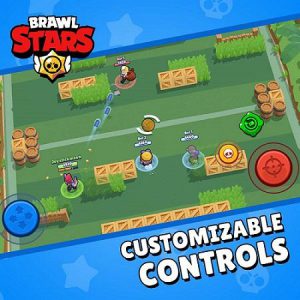 Out of all the changes, the customizable control settings feature was welcomed by many players. Here’s what few of them said about it :

To change the controls, just head over to Settings and Edit Controls. Once done, you will get the below screen to adjust and position your controls according to your like.

In case you haven’t got the update yet, this is what Brawl Stars said :

*Note that it could take some time to be available in your store! If that’s the case, try again later!
@BrawlStars