As compared to other apps, there are fewer instances where we see any Google app getting into trouble due to any bugs or issues. But, an issue has come into the light, and this time around it has specifically hit the OnePlus users.

Several users of the OnePlus smartphones have taken to various forums to report an issue that is associated with the Google app. The reports claim that the Google app keeps on crashing while opening it.

Check out various user’s reports about this issue, on different platforms:

Google app flickers when opening but then doesn’t load fully. App still runs in background but is unusable.
Search bar on homepage still works.
Clearing Google app storage works temporarily.
Rolled back to previous version and issue went away.
Looks to be an issue with the latest version.(10.97.8.21.arm64)
Using Oxygen 9.0.10.

I am having a weird issue since couple of days, whenever I try to open the Google app it opens for a second and then closes immediately. I tried clearing cache, force stopping app, uninstalling and re-installing it. Restarting the phone but still no luck. Can anyone help with it? Did not find much of help on google search and forum search.

I have tried everything still not able to resolve Google app crash problem……. neither OnePlus support team is able to provide any proper solution .?

Even clearing the app data and cache does not seem to fix the issue, as per several users.

I tried clearing the app data and that fixed the problem but it started doing it again only a few hours later. I also tried restarting my phone and force quitting the app. Neither of those fixed the issue. It’s been happening for about a day.

And by the looks of it, it seems that the OnePlus 5 and OnePlus 5T smartphone users are mostly affected.

There are plenty of user reports, stating the same issue on Twitter as well:

Amidst all of such user reports, one of Google Experts on the forum has claimed that Google is indeed aware of this issue.

Thanks for the information Pradeep, jedy, and Downey!! Thanks for sharing the screenshots/video. Google is aware of the situation.

The good news is that there is a confirmed workaround for this issue. And if you are also one of the unlucky ones, that are facing this issue, then it can be resolved by turning OFF the Ambient Mode and charging your phone when it’s powered off.

I found something interesting.
It seems that the Google app crashes just after I began charging for a while.(Even if all assistant function is turned off)
Maybe the newly released ambient mode is related to this problem.

Confirmed: Charging the phone ONLY while it’s shut down and TURNING OFF ambient mode can avoid the problem for now.

But, this workaround might not work for everyone as there are users who are still facing the issue even after trying the above-mentioned workaround.

Since Google is aware of this issue, we can expect a new update to arrive soon that will fix this issue for the OnePlus users.

Seems like the Google app crashes on the OnePlus phones have not been resolved. More users have reported the same issues on their OnePlus phones.

However, if we go by user reports, the March 3 Google App (Beta) update that arrived almost a month ago, partially fixed the issue for some users. But, as per the latest reports, the issues have resurfaced and have left the users baffled as there is no concrete response from Google.

It got fixed a month ago, and now it crashes again…
Same underlying issue. Clear data, works until the next charge. Then it crashes at each launch. The workaround is to downgrade
Kinda annoying, because I am addicted to this app.

PS: You should cover your hot fixes with unit tests 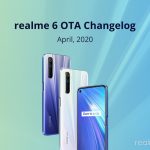 [April 09 outage] Overwatch down and not launching, not working, login issues, unable to connect on Xbox and PS4? Here’s Overwatch server status info