The most feared scenario by manga readers has become a reality. Coronavirus has penetrated Shueisha’s editorial team causing the postponement of Weekly Shonen Jump 21 issue.

Due to a confirmed coronavirus case within Shueisha’s editorial, a decision was made to delay the release of Issue 21 of the magazine (print & digital).

The incident occurred when one of the editorial staff in their 40s was suspected of having been infected with COVI-19. An employee reported on April 2 of having a fever and decided to go to the hospital for a check-up. He was then instructed to stay at home while waiting for the test results.

To prevent the potential spread of the virus, Shueisha resorted to adapting a work-from-home program beginning April 6, 2020. However, Shueisha finally ordered a total halt of work in the Weekly Shonen Jump’s editorial department.

When will be the next release?

In addition, the printed and digital copies of the Weekly Shonen Jump 20 will still be released on April 13, 2020. 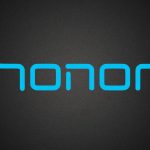