The OnePlus 6 and the OnePlus 6T are some of the company’s best selling devices. These devices from 2018 pack the very top-tier specs from the era and that makes the devices very relevant in the market even today. The vibrant developer community around it notwithstanding.

The OnePus 6 and the 6T have been pretty well updated in the past. Most recently, we saw the OnePlus 6 and 6T get updated to the February 2020 Android security patch level. This update packed more than just a little bump in the security patch level as it included a few bug fixes and system improvements, key among them being fixing the screen flickering bug that affected users while swiping up to unlock the device.

You might also recall that the two devices also recently bagged the OxygenOS Open Beta 5. This update rolled out sometime back in February and came with a few goodies including enabling VoWiFi for Jio. This update was still based on the February patch and tons of other bug fixes.

Well, it appears that OnePlus is rolling out the succeeding Open Beta 6. The OxygenOS Open Beta 6 update comes with the March Android security patch update. That is not all. This update also brings bugfix for Launcher crashes and blank screen among other things. Below is the changelog.

System
• Now unlock the LockBox without any problems in File Manage
• No more crashes in the Launcher withs apps in a full-screen display
• Got rid of blank screens while clearing up the background apps
• Updated Android security patch to 2020.03

The update is already rolling out as an OTA so it might be hitting your OnePlus 6 or OnePlus 6T pretty soon. However, if you are not exactly waiting for the update, you can install it manually using the download link below.

Head here to check out the official announcement for the beta release. 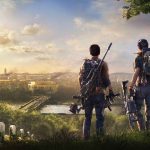