Huawei is slowly, but steadily rolling out the EMUI 10 which is based on Android 10 for its eligible phones. Google, on the other hand, has already started the Android 11 (Android R) testing phase in full swing and the Developer Preview 2 is already out.

And it is high time for OEMs like Huawei, Xiaomi, Samsung, etc. to cover a number of devices and complete the update roll out as the Android 10 OS might become an old OS once, the Android 11 update is rolled out.

EMUI 10 is the latest iteration of the custom UI by Huawei and it brings tons of new features like new icons, new UI layout, new icons and fonts, system-wide dark theme, AOD, new animations, etc. which is the reason why the users are excited to try them on their devices.

One of the devices from Huawei, which is still awaiting the Android 10 is some regions, is the Huawei Mate 20 Pro. Talking about the device, it was released back in 2018 and has already been served with the EMUI 10 (Android 10) update on various carriers across different regions. Responding to a user query, the official Twitter handle of Vodafone Australia stated:

It shouldn’t be too much longer, Android 10 is still in the testing phase for the Huawei Mate 20 Pro. Keep an eye on, http://vodafone.com.au/support/device/software-updates for all updates ? And moreover, the same was reflected on the official update tracker website of Vodafone Australia that the EMUI 10 (Android 10) update is still under testing.

So, all the users can do, is wait for the testing to get completed and let the official rollout begin for the Huawei Mate 20 Pro. We will keep you posted once we have some more information in this regard. 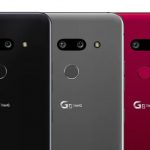 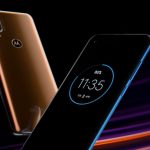