Over the past couple of years, Samsung has been doing a really stellar job when it comes to pushing out updates. True, maybe Apple has Samsung beat when it comes to just how long the company supports devices, but the current situation is miles better from just a short few years ago.

The Galaxy Note 8 has been one of the best-updated devices in Samsung’s portfolio (well, probably just as updated as other Samsung devices). The carrier versions of the same have been equally well updated and at the time of writing, the Galaxy Note 8 runs on Android 10-based One UI 2.

According to users who have received the update, the changelog indicates that VoLTE will be activated with this update. VoLTE or Voice over LTE is a tech that allows voice calls to be transmitted through the same 4G networks that carry data services, as opposed to the legacy 2G and 3G networks.

This update brings the software version running on this device to version DTC2 and is rolling out to the N950U models of the Galaxy Note 8. It weighs in at a sizeable 253.95 MB. It brings the march 1, 2020 Android security patch update.

To recall, Sprint rolled out VoLTE in a bid to replace its previous implementation of the same, the company’s now-discontinued Calling Plus, a feature that according to Sprint users was “absolutely terrible”.

The fate of this device as appertains future updates is still in limbo and we shall keep an eye on this. You can read these and many more Samsung stories in our dedicated Samsung section. 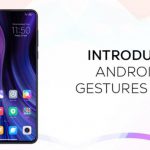 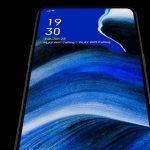