VoWiFi, aka WiFi calling, has seen a huge demand by the users of various OEMs since its launch by two major network providers in India, Jio and Airtel.

Frequent call drops and low-quality voice calls is not a new thing in India. And to bring some improvements in this field, major network providers like Airtel and Jio introduced the VoWiFi (WiFi Calling) feature in India.

For those who do not know, it uses your WiFi connection to connect calls instead of your regular mobile network (whenever available), in order to improve the call quality. Several OEMs have already pushed the VoWiFi feature support for their handsets, and now another smartphone brand has ticked off one smartphone from its list of VoWiFi enabled devices.

Reportedly, Oppo, the Chinese smartphone manufacturer, has rolled out a new update for the Oppo Reno2 Z that along with various system improvements, camera and wireless enhancements, brings the VoWiFi (WiFi Calling) feature provided by Jio and Airtel for the phone.

Talking about the update, it arrives with the version number C.17 and is available via OTA. Here is the complete changelog of this new update for the Oppo Reno2 Z:

[Communications]
• Added support for VoWiFi provided by JIO and Airtel If you haven’t received this new update on your Oppo Reno2 Z phone, then you should head over to Settings>>About Phone>>System Updates and check for the updates manually. If there is a new update available, then tap on it to enjoy the VoWiFi features on your phone. 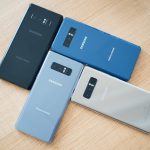 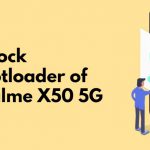