After over a month of overzealous promoting, Crunchyroll finally streamed episode one of their anime adaptation of WEBTOON Tower of God to an anticipating audience.

While the overall response is positive so far, Crunchyroll had got some details wrong from the original webtoon, which was a bit of a bother for the audience. Some of those who watched the first episode with English subtitles were miffed with few translation errors.

They especially took to Reddit and Twitter to address how Crunchyroll’s subtitles kept addressing the main protagonist Bam as ‘non-regular,’ when the correct terminology should be ‘irregular’. Apart from this, the English-subs also referred to Haedon as ‘guide’ as opposed to ‘Navigator’.

Crunchyroll was quick to notice these issues brought up by fans, and revised their English-subtitles. They were timely in adding the corrected subtitles to episode 1 titled ‘The White Steel Eel and The Ball’.

Fans welcomed this move from the streaming platform, and many took to social media to thank them for their quick redressal of the issue. Crunchyroll’s quick redressal is understandable.

Judging from their extensive promotion of this series on both social media and otherwise, it can be guessed that a lot is riding for the anime streaming platform on this show and the collaboration with Korean webtoon publishing service Webtoon.

It is indeed not easy to adapt a best-selling webtoon like Tower of God with a cult following into a new medium. The original work by Korean writer SIU enjoys a readership of 4.5 billion according to webtoon.

The more the series is popular, the more minutely will the loyalists review the adaptation, and criticize it if it gets it wrong. So far the loyal readers have been happy with the first episode of the anime, appreciating both art and narrative, as we discuss in detail in our review.

Will the makers keep up the good work, and Crunchyroll stir clear of further translation errors in the upcoming episodes? We have to wait and watch. Tower of God episode 2 releases on April 8, Wednesday on Crunchyroll. 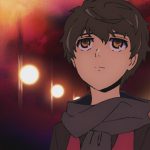